The shortlists of the 3D Printing Industry Awards 2021 can now be voted on. You can follow the event on October 21st on the 3D printing industry’s YouTube channel.

Fillamentum, a Czech manufacturer of filaments for the 3D printing industry, is presenting its new NonOilen filament at Expo 2020 in Dubai.

The polylactic acid / polyhydroxybutyrate blend (PLA / PHB) developed in cooperation with the Slovak Technical University is 100% biodegradable and can be recycled several times without losing its functional properties. According to Fillamentum, NonOilen is also the company’s first filament to be made entirely from 100% bio-renewable sources, in line with the company’s goals of advancing the circular economy.

Josef Doleček, founder and CEO of Fillamentum, said: “In general, the idea of ​​sustainability and recyclability is becoming the number one topic in companies in all industries. Sustainability is one of the main principles of Fillamentum, which is ready to spread this respectful treatment of the environment among other companies in order to guarantee a quality of life for future generations. “

NonOilen consists of a mixture of PLA and PHB for improved toughness and temperature resistance. Photo via Fillamentum.

Navigate through a plastic world

It’s not difficult to say that almost every product we use these days is based on polymers in some way. Conventional polymers often require oil to make, and most of it ends up in landfills at the end of its useful life (where it can remain for several centuries). In the field of 3D printing, PLA is the most widely used polymer, known for its low cost and ease of use.

Although PLA is technically biodegradable, it still requires temperatures of around 60 ° C, a certain level of humidity and an environment rich in microbes for degradation to take place. Since these conditions are not so common in nature, the degradation of PLA tends to require the use of an industrial composting facility. And even then, PLA takes longer to break down than traditional biodegradable waste, leaving behind microplastics that can damage local ecosystems. 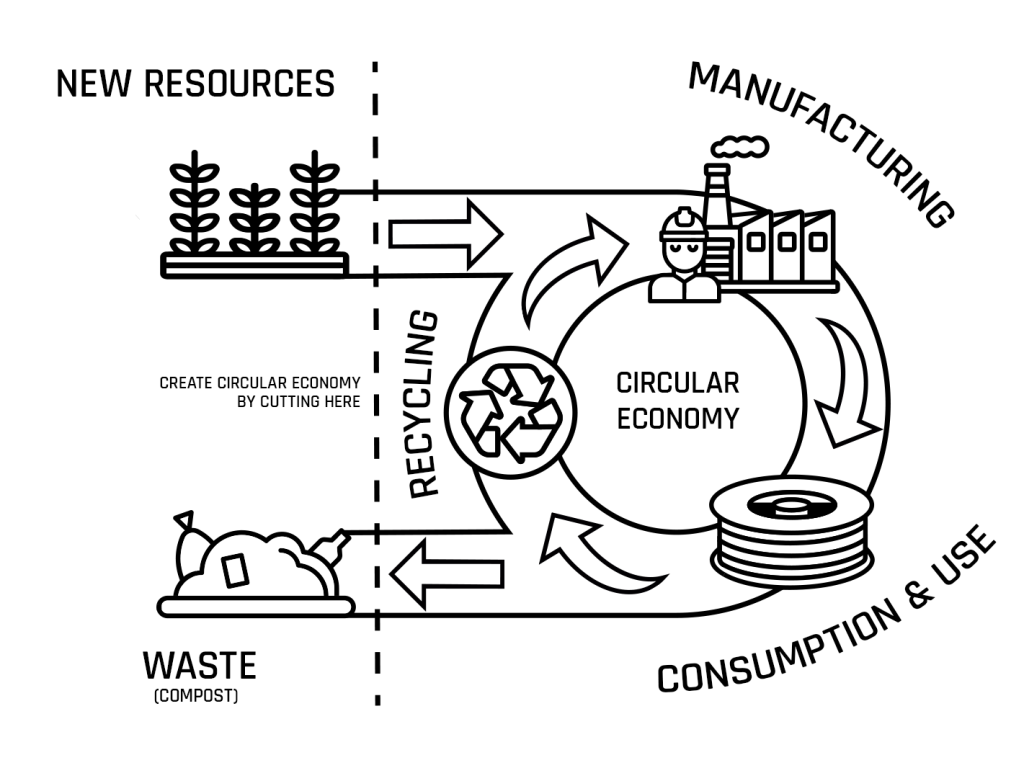 The principle of a circular economy. Image via Fillamentum.

In contrast to conventional PLA, the NonOilen filament from Fillamentum is said to be completely biodegradable in domestic composting plants within just 90 days. Not only does the material leave no microplastic behind, but it can also be recycled and reused in several subsequent print jobs with minimal loss of properties. It decomposes about three times as fast as PLA thanks to the PHB component of the filament, which improves biodegradability and mechanical properties.

NonOilen is primarily characterized by its high strength, toughness and hardness. It also offers a temperature resistance of up to 110 ° C and is said to be as easy to print as PLA. With its natural silk look, the material is food safe and can even be washed in the dishwasher.

Fremach, a supplier of polymer automotive components, has already used the material to 3D print parts such as control instruments and gears due to NonOilen’s high temperature resistance. The bicycle company KCK Cyklosport also used the filament to 3D print components for a new prototype bicycle helmet.

Miroslava Pribylova, process engineer at Fremach, adds: “Green prototyping replaces classic materials such as PLA, PETG or CPE with fully biodegradable and recyclable non-oils. The benefits of 3D printing are obvious and are becoming increasingly important to our business. In addition, the ecological thinking of Fillamentum motivates us to take our own steps closer to nature. “ 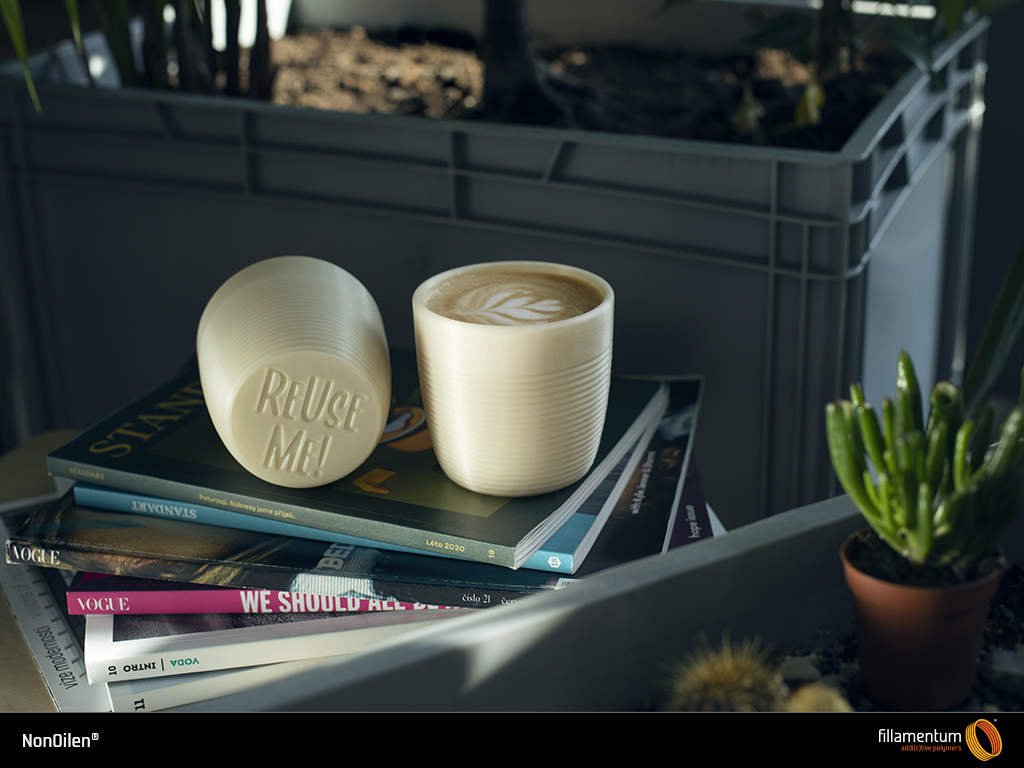 Objects printed with NonOilen are safe for food contact applications. Photo via Fillamentum.

The Fillamentum exhibition in Dubai is to be partially interactive, with a robotic arm developed in cooperation with the Brno University of Technology and its spin-off 3Deposition printing NonOilen parts in 3D for the duration of Expo 2020. The company even has a special one. develops version of NonOilen, which was specially embedded with sand from Dubai for the event.

Doleček said: “We are proud to present NonOilen at the Dubai World Exposition. It stands for a whole new generation of materials that were developed from the outset with sustainability and environmental friendliness in mind. “

Here you can also vote for Fillamentum in the categories TÜV SUD Sustainability in Additive Manufacturing and Material Company of the Year of the 3D Printing Industry Awards.

Looking for a career in additive manufacturing? Visit 3D Printing Jobs for a selection of jobs in the industry.

The picture presented shows a 3D printed object with NonOilen. Photo via Fillamentum.